Free shipping upon $250 purchase, Free self-pickup on any purchase

What is Omnipork Luncheon?

Luncheon meat is one of the most popular processed meats in Asia but its potential health risks concern consumers. OmniPork Luncheon, launched by OmniFoods, contains 0mg cholesterol, is rich in protein and provides dietary fiber, potassium and calcium. Compared with canned pork counterparts, OmniPork Luncheon has far lower calories, total fat and sodium levels. It is also cruelty-free, non-GMO and buddhist-friendly, without added hormones, antibiotics or MSG. More importantly, OmniPork Luncheon does not use any carcinogenic nitrate as the preservatives. Simply pan-fry both sides of OmniPork Luncheon for 1-2 minutes and you will get a healthier quick-fix meal.

OmniPork is the FIRST plant-based “PORK” that bleeds and tastes like ground pork in Asia. Through a proprietary blend of plant protein from pea, no GM soy, shiitake mushroom & rice. 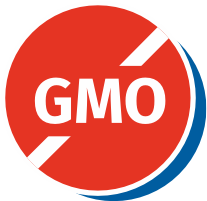 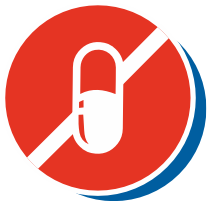 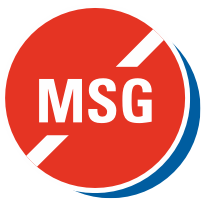 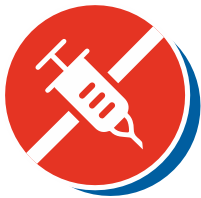 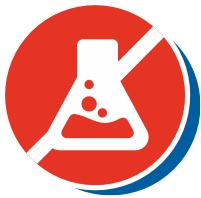 Plant-Based Luncheon Meat? We Compare It To The Real Thing

Where can I buy OmniPork luncheon?

Like the word describes, it's about lunch. known as cold cuts, luncheon meats, cooked meats, sliced meats, cold meats, and deli meats, they are precooked or cured meats that are sliced and served cold or hot. They are typically served in sandwiches or fried. They are usually purchased in packed food form.

What is luncheon meat made out of?
pork. Luncheon meat is a type of cooked meat that is often sold in tins. It is a mixture of pork and cereal.

Is luncheon meat safe to eat? And why Omnipork Luncheon is a relatively healthier choice.
Lunch meats, including deli cold cuts, bologna, and ham, make the unhealthy list because they contain lots of sodium and sometimes fat as well as some preservatives like nitrites. ... Some experts suspect that certain substances used as preservatives in meats may change into cancer-causing compounds in the body.

Can you use microwave to cook Omnipork Luncheon Meat?

Yes, similar to regular luncheon meat, microwave can cook Omnipork Luncheon Meat. Slice the meat and place the slices on a microwave-safe plate in a single layer, not stacked. The thickness you slice is decided by you, the thicker the longer time, as well as keeping lower microwave temperature. continuous check if it’s done as hot as you want it.

You can dry fry them to make the dish healthier, but the oil helps to give the luncheon meat an even sear all over. It makes them more crispy too!

Once they are nicely browned and crisp, remove them from the pan and set aside.

You may recognize egg floss from the delicious brown bits in fried fish soup. Well, we are going to make it taste better by frying it in butter.

In the same pan, add more oil if you need it and add your butter. Let the butter melt completely over medium, then slowly drizzle in your egg yolks while stirring.

This may seem very greasy, but a lot of oil is needed for a fluffy egg floss. And butter also adds incredible flavour to it!

Let the egg floss cook then add the curry leaves, chili and sugar and stir for 1-2 minutes. Lastly add in your luncheon meat and toss them together.

We are sure you have seen and tasted this dish many times before! Luncheon Meat and Potatoes with the sweet ketchup sauce is a regular favorite dish in our Cai Fan or economical rice stalls.

Many kids love this dish and so do us adults too! It makes sense that this dish is one of our Asian luncheon meat recipes.

This luncheon meat is great for black pepper fans as it gives the meat a bold flavour that complements the pork. And it is great for adding more flavour to your dishes when cooking!

luncheon meat can. Golden Bridge Black Pepper Flavour Luncheon Meat
Heat up enough oil to shallow fry and add your potatoes. Fry them on all sides until they are golden brown and crispy then remove from the pan.

Using the same oil, fry your dice luncheon meat as like in the Crispy Luncheon Meat and Egg Floss. Remove from the oil when browned and crispy then set aside.

Add some oil to a clean pan and add the garlic. Stir fry until it is slight browned and fragrant.

Add in the rest of the ingredients and stir it until it has thickened.

Add the fried potatoes and luncheon meat into the sauce and give a good mix before serving with spring onions as garnish. And your lunch is done!

Pair this dish with a bowl of rice and you can enjoy the familiar flavours for a nice and satisfying lunch.

Stir Fried Luncheon Meat with Potatoes. Pair with a bowl of rice and your lunch is ready!

OmniPork, a food brand under Green Monday Holdings, was established in April 2018 based on the philosophy of treating the earth, life, and human beings. The Canadian senior food research team focused on Asian food culture and cooking habits. Develop food technology that is cruelty-free, cholesterol-free, antibiotic-free and hormone-free. The series has been developed for two years. Its unique vegan protein formula is mainly derived from peas, non-modified soybeans, mushrooms and rice. It provides high-quality amino acids needed by the human body, and contains zero cholesterol, no antibiotics, Hormone-free and cruelty-free, compared with real pork, its saturated fat is much lower by 86%, and its calories are 66% lower, but it can provide more dietary fiber, 260% calcium and 127% iron at the same time. The series of products has also been recognized by PETA Asia for the Treatment of Animals.

OmniPork products has been widely used by many well-known international restaurants, designed as a characteristic meat alternative dish, which opens up a new vegetarian experience that subverts the taste buds, including "Taco Bell" in Mainland China, and large-scale fast food in Taiwan. Shops "Eight directions gathered", "Sizzler" in Thailand, "Prive" in Singapore, as well as the Four Seasons Hotel Hong Kong, Hong Kong JW Marriott Hotel and the "Authentic Shanghai Shengjian Huang" with Chinese flavor. As for the series’ retail package, it was first sold at Green Common in November, and then put on shelves in major supermarket chains such as Dachang Food Specialty Store, c!ty’super, ParknShop and so on.

The company's new food, launched in 2020, uses the "Flash Freezing Technology" known as "Food Freezing Age Technology" to retain the original flavor of the food and preserve the taste, texture and moisture content. Suitable for people who don't have time to cook but have food requirements. This series can preserve the original taste of food without adding preservatives, and can also greatly reduce nutrient loss; just a few minutes before eating, the original taste can be re-displayed on the table, breaking the unhealthy image of ready-to-eat food. Their fast-fresh ready-to-eat series and handmade dim sum series were officially launched on Green Common in February.

In May 2020, in order to further cooperate with the brand strategy and future development, the food research company Right Treat that developed the new pork officially changed its name to OmniFoods. Two new products that have been developed for a long time-"OmniPork Luncheon New Meal Meat" and "OmniPork Strip" " OmniPork vegan minced meat" was also officially unveiled at the Omni conference on the same day, leading a new round of food technology boom.

The brand’s mission is to build a global "food of the future" ecosystem to deal with climate change, food safety and supply instability, devastating environmental damage, health and animal welfare, and encourage individuals, communities and businesses to move towards sustainability, health and a mindful lifestyle. And the vision of the brand is to forge a future of common interest and sustainable development, and become a change maker that affects the world.

Based on 1 review Write a review

Free self-pickup on any purchase